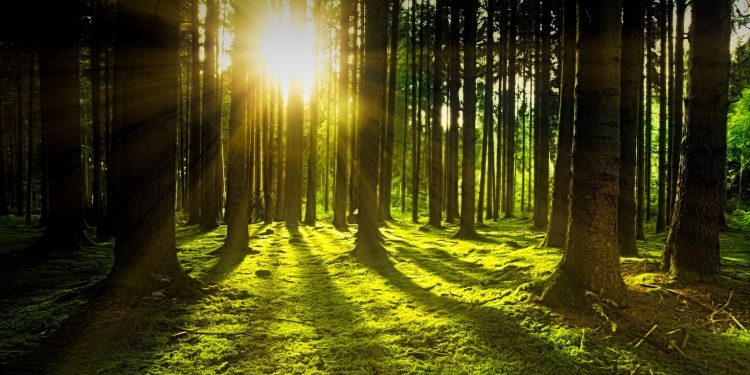 Forests and Climate Change: How to tackle deforestation and emissions of imported raw materials?

Chairs of the Working Group on Sustainable Forest Management of the European Parliament Intergroup on
“Climate Change, Biodiversity, and Sustainable Development”

Land use, forestry and agriculture together already make up 30% of the global GHG emissions. As one of the largest importers of food and raw materials, the EU has a leading role to prevent practices damaging the environment. The EU imports of inter alia soy, palm oil, paper, rubber and wood, as well as their by-products, account among the many sources of imported emissions. The Former UN Climate Chief Christiana Figueres, has recently called on the EU to take action against deforestation in third countries by tackling emissions of imported goods, urging policy makers to take action and build on private sector initiatives.

When managed in a correct way, forests have a unique capability to capture greenhouse gases, preventing them from accumulating in the atmosphere and warming our planet. Sustainable and growing forests are particularly effective in this regard, as younger trees absorb more CO2 than older trees. Forests also provide us with renewable biomass that can substitute fossil materials and energy. Hence, forests can contribute to climate mitigation through both carbon sequestration and product substitution. All in all, the potential of forests and the bioeconomy is a great resource in the fight against climate change. But deforestation in third countries threatens this potential and causes about 10% of worldwide GHG emissions. The EU must reduce its indirect contribution to deforestation in third countries and instead promote the principles of active forest management that is sustainable in the long-term. In Europe, the issue of imported deforestation is also starting to attract the interest of Brussels, which unveiled in March a European Feasibility study on imported deforestation, while the Commission is further expected to present a Communication on Deforestation in May 2019. The Commission’s proposal on a strategy for a prosperous, modern, competitive and climate-neutral economy by 2050 in line with the Paris Agreement calls for “immediate and decisive climate action”. Following up on the Climate Change Conference (UNFCCC COP 24), this panel discussion will bring together policy-makers and key stakeholders from the private and NGO sectors to discuss about ongoing policy developments, alongside best practices that are able to contribute to limiting embedded deforestation in imported materials and goods.