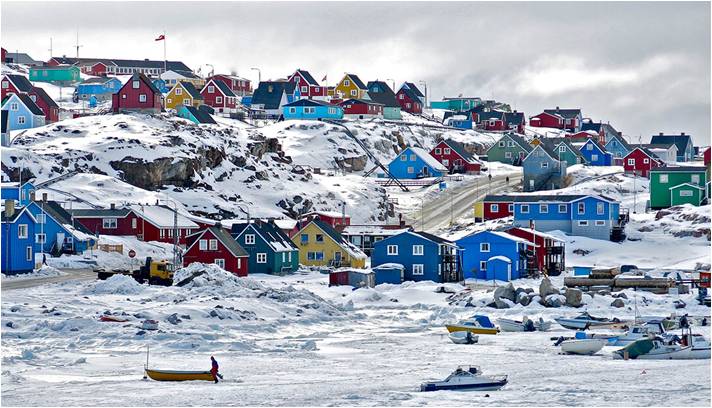 Chair of the “Arctic” Working Group of the EP Intergroup on “Climate Change, Biodiversity and Sustainable Development”

In light of the new EU Arctic Policy and the European Parliament’s on-going discussion of the broader European role in the Arctic, policy-makers and representatives from the Arctic Community gathered for an exchange of views on the issues, particularly highlighting the needs and aspirations of the peoples and societies living in the Arctic.

The meeting was hosted by Christel Schaldemose MEP and shadow rapporteur on the on-going dossier within the Parliament. The joint Commission Communication was presented by the EU External Action Service who underlined that the essence of the Communication is to promote sustainable development and contribute to enhancing the economic, social, and environmental resilience of societies in the Arctic. Another important aspect is balancing international relations stressing constructive cooperation with the Arctic States in a number of formats and the role that the EU plays as a global actor. One step forward in this cooperation is the establishment of an EU Arctic stakeholder forum, which will enhance collaboration and coordination between EU funding programmes and research priorities, as well as the organisation of an annual stakeholder conference.

The meeting heard perspectives from various Arctic countries who all agreed that the balance between conserving the environment and promoting sustainable use of resources is essential. The importance of research, cooperation, and the traditions of indigenous people were highlighted by all speakers.

The Mission of Canada particularly pointed out the social issues that indigenous people face and the need to tailor policies to also account for their well-being. The importance of climate change was raised, which was reiterated by the Ambassador for Arctic and Antarctic Affairs for Norway underlining the global scope of the challenges faced in actively reducing greenhouse gas emissions. It was also said that the land area of the Arctic is often misperceived stressing it entails many regions with modern cities and a large number of inhabitants. This was further reiterated by the Greenland Representation to the EU who stressed that Member States must understand the importance of local governments and that local structures and provisions are already in place emphasising that the idea of an Arctic Environmental Impact Assessment will undermine and dilute strong legal provisions on already existing Environmental Impact Assessments-arrangements on local and national levels, as an international Arctic Environmental Impact Assessment-arrangement will have to come in force through agreeing upon lowest denominators.

The Icelandic Mission to the EU further emphasised the important role that the EU could play in regional development underlining capacity-building, research and innovation, as well as on a global scale through promoting and strengthening the Arctic Council as the most important forum on Arctic issues. The Mission of the Faroes recalled that the Faroe Islands are also a part of the European Arctic, and have been involved in the Arctic Council since its origin. Further cooperation between the Faroes government and the EU institutions was welcomed as the Communication recognises that the social and economic development should be driven by the people and communities living in circumpolar North.

The discussion further highlighted the issue of marine protected areas (MPAs). It was argued that rather than imposing MPAs, fisheries must be based on sound scientific advice that promotes sustainable use. The versatility of MPAs was however pointed out by MEP Ricardo Serrão Santos, Vice-Chair of the Intergroup and shadow rapporteur on the opinion on “An integrated European Union policy for the Arctic” in the Fisheries Committee. Mr. Serrão Santos underlined that MPAs do not always entail marine reserves and that they can be an excellent tool for management based on the ecosystem-based approach, thus accommodating biodiversity, the environment, and local fishermen. The discussion further highlighted that local solutions with strong local provisions are essential as the Arctic region varies, differing in environments, landscapes, peoples, and waters. It was also said that the Arctic is not one common area on which the EU can impose decisions on, but that focus should be on promoting dialogue and cooperation in order to achieve social, cultural, economic, and environmental development.

Greenland: Mininnguaq Kleist, Head of the Greenland Representation to the EU

Faroe Islands: Kate  Sanderson, Head of the Mission of the Faroes to the EU