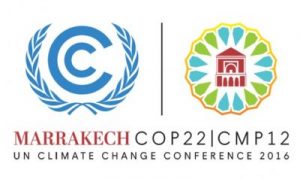 UNFCCC COP22: Debrief and Next Steps

Vice-Chair of the European Parliament Intergroup on “Climate Change, Biodiversity and Sustainable Development”

Policy-makers and stakeholders gathered in the European Parliament to take stock of COP22, which was held from 4-17 November in Marrakech. Since the adoption of the Paris Agreement at COP21 and with its ratification just days before COP22 conveyed, it provided the first opportunity to discuss how its Parties would ensure its implementation.

Julie Girling MEP and Vice-Chair of the European Parliament Intergroup on “Climate Change, Biodiversity, and Sustainable Development” welcomed participants by highlighting that COP22 basked in the successful outcomes of COP21, with participants also recognising  that the political promises of Paris must be honoured. There was, however, a lot of speculation as to how the US presidential election would impact the agreement and forthcoming negotiations: there may be a switch in leadership with parties looking particularly to China. The Chair praised the leadership displayed by the EU and also expressed satisfaction towards the Commission who actively engaged the parliamentary delegation. The negotiations focused on issues such as ambition, finances, operational guidance, and infrastructure. The Chair noted that the non-state actor pavilion also showcased examples of local climate action and best practices. It was said that when moving forward the EU must reflect on how to effectively carry out its obligations and how to best finance further action in third countries.

Jacob Werksman, Principal Adviser to the Director General of DG CLIMA, European Commission reflected back on the Paris agreement and on some of the reasons for its success. It was highlighted that it was inclusive in two directions. Firstly, in terms of scope as it deals not just with reducing greenhouse gases but also covers issues dealing with risks and climate change adaptation, and ensuring that finances are available to developing countries.  Secondly, it is inclusive in the number of countries that it engages committing to its ambition and reducing warming well below 2 degrees. It was however stressed that implementation is key to its future success. With regards to the Intended Nationally Determined Contributions (INDC) it was said that transparency and accountability play a key role in tracking the progress made by parties. Further, the dynamic nature of the agreement allows parties to every five years take stock and increase the ambition. COP22 initiated the work on designing the Paris rulebook as well as the need to prepare for the first stock taking, which will take place in 2018 at COP24. Mr. Werksman also informed that Commission aims to demonstrate its continued commitment and leadership in three dimensions. Firstly, with regards to implementation the EU is putting in place legislation necessary to achieve the commitment of 40% reduction of greenhouse gases through various proposals on e.g. ETS, ESR, LULUCF, Energy Union etc. Secondly, working in partnership with emerging economies and developing countries is essential. Thirdly, through diplomacy the EU will showcase its leadership. It was pointed out that the implications of the new US administration on the negotiations are not yet known. However, looking at COP23, which will be hosted by Fiji and held in Bonn, Germany, the EU along with China will have to step up their leadership.

Jo Leinen MEP (S&D, Germany), Vice-Chair of the EP Delegation to COP22 highlighted the importance of non state actors present at COP22 by mentioning the actions taking place at the local level by mayors and cities as well as progressive business. It was said that the financial sector is changing as long term investors are beginning to scrutinise and monitor where investments are going. It was also said that there are many new actors on the scene as emerging economies such as India and China are making impressive progress in technology and increasingly investing in the environment. It was stressed that the financial commitments are still lacking when it comes to assisting island states particularly mentioning the issue of loss and damage.

Giovanni La Via MEP (EPP, Italy), Chair of the EP Delegation to COP22 emphasised that the momentum continued at COP22 with the Marrakech Proclamation also stressing that the Paris agreement and willingness of actors is stronger than current political uncertainties. It was further said that the agreement was not established in one single day and that it will not be undone due to one country election outcome. It was stressed that the EU reaffirmed to deliver on its commitments and have begun working to deliver on its initial 2030 targets. It was pointed out that there are currently various dossiers under discussion in the Parliament related to reducing the EU’s climate emissions such as the circular economy and LULUCF. It was however stressed that additional efforts are needed as the EU must strive to do more in order to achieve reductions well below 2 degrees.

Ulf Björnholm, Head of UN Environment’s Brussels Office underlined the significant progress made with regards to climate change in the past decades. . . This progress can be measured against three “indicators”. Firstly, awareness has significantly increased: in the early 90s, very few people were even aware of the climate change effects, whereas today almost everybody around the planet agree that climate change is a huge challenge and that we need to act and adapt. Secondly, there is a broad political consensus If the new US administration will not support the Paris agreement, they would be isolated as the rest of the world is galvanising around the agreement. This is a very different situation compared to the period after 1997 when the EU were almost alone in its struggle to ratify the Kyoto protocol. In addition, the economic incentive to act is evident with many emerging countries such as India and China moving progressively and pushing policies forward. The third indicator refers to the increased action on the ground mentioning the fact that global renewable energy investment levels last year surpassed fossil fuel investments. This is not just the case in the industrial world but investments are also increasing significantly in the developing world. However, these promising changes in the energy sector, must be complemented by action on agriculture, transport and life style changes, of the 2 degree target is to be reached. Further, as a future vision of the EU is under discussion it will be an opportunity to further integrate climate change and renewable energy as a core EU policy and further integrate climate change into other sectoral policies such as finance, peace, and security, to examine root causes and long term effects.

Luc Bas, Director of the European Regional Office, IUCN – International Union for Conservation of Nature emphasised that it is evident that there has been positive progress and outcomes but that more is needed at a faster pace. It was said that the yearly COP represents a circle of negotiations pointing out that finances continue to be a struggle. It was mentioned that 100 billion was already pledged at COP15 in Copenhagen and once again at COP21, which illustrates that the funds are not yet there. Further, the sense of urgency is lacking as the outlining of the Paris rulebook are to continue until 2018 while the environment is already feeling the impacts of climate change. The importance of local action engagement was reiterated also underlining the crucial role that stakeholders play in holding Parties accountable. With regards to the new US administration it was said that the sub-national level will in the US play a more important role in pushing climate policies. The benefits of energy solutions are most often discussed however it was said that more attention should be given to nature-based solutions. It was informed that they provide a lot of space for adaptation and mitigation by e.g. restoring forests, wetlands, mangroves etc. They are not provided enough investments underlining that the discussion on land use most become more prominent as more emissions are indirectly from agriculture and land use change than from e.g. transport. It was emphasised however that nature-based solutions should not dilute efforts needed in other sectors but that a separate pillar should be ensured for land use. It was informed that IUCN is currently discussing with the secretariat of UNFCCC to set up a pillar on land use drawing attention to the importance of nature-based solutions at COP23.

The discussion with the audience further reiterated the role of agriculture. It was highlighted that the institutions as well as the public are not aware of the input of agriculture to climate change underlining that consumers are disconnected from their food. It was also pointed out that most farmers are willing to do their share to reduce emissions and that the discussion within the sector is moving forward. It was underlined that there are opportunities available for private public partnerships in terms of products, technology, and gaining efficiency in the supply chain. It is however challenging to account for emission reductions or avoided emissions reduction. With regards to Brexit it was mentioned that the UK is currently discussing what will replace the CAP, which is providing a healthy debate on agriculture and climate change. The issue of subsidiaries was raised and the idea of cutting off such funds to sectors that are not reducing emissions. In response to this it was pointed out that no sector will be able to hide as the EU is committed to reducing 40% of emissions and beyond this looking towards 2050. The need to integrate climate change more into the EU budget was mentioned and putting it at the core of the multiannual financial framework. EUs Overseas Countries and Territories were emphasised underlining that they are often forgotten and that more support needs to be provided in order to tackle the impacts of climate change.

Julie Girling MEP and Chair concluded the meeting by reiterating the need to discuss how climate change should have a prominent role in the EU budget. It was said that it often comes down to silos within the institutions and Member States that must be overcome. Further, the issue of public perception was raised highlighting that the EU must ensure trust with regards to environmental policies. The results of Marrakech were positive and the positive feelings from there need to be translated into actions to ensure that the EU remains on track.