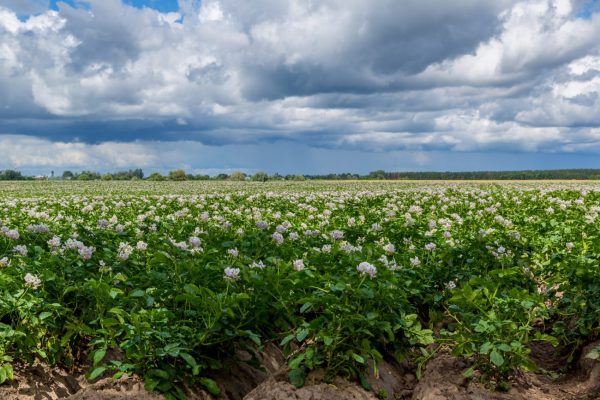 Implementation of the agri-environment-climate measures: How is the CAP enhancing a sustainable agri-food sector?

Chair of the “Biodiversity and Ecosystem Services” working group

Chair of the “Agriculture and Water Management” working group

Policy-makers, farmers, land owners, stakeholders, citizens, and scientists gathered in the European Parliament to discuss the implementation of agri-environment-climate measures, their contribution to a more sustainable farming sector as well as their trade-offs and limitations.

Angélique Delahaye MEP and Chair of the “Biodiversity & Ecosystem Services” working group of the EP Intergroup on “Climate Change, Biodiversity, and Sustainable Development” welcomed participants by highlighting the importance of the implementation of the agri-environment-climate measures.  It was said that the Commission is currently revising the Common Agricultural Policy (CAP) and that this discussion bringing together stakeholders providing various points of views is essential to the debate. It was further said that this topic is also of utmost importance to the Parliament.

Martin Scheele, Head of Unit “Conception and Consistency of Rural Development”, DG AGRI, European Commission underlined that looking at agro-environment issues should not lead us to focus our attention only on a single measure but at the broader perspective of integrated land use. It was said that agriculture is acting in the same space where habitat and biodiversity preservation is also expected. The need to find the right balance was stressed underlining the importance of agri-environment measures, which are undertaken on a voluntary basis by farmers. It was explained that a range of priorities are found in the context of the Rural Development Programmes (RDP) as well as the CAP. For instance under the EU Agriculture Fund for Rural Development (EAFRD) about 20% is spent on farm viability and competitiveness, 10% in food chain integration, and 15% on social inclusion and local action. It was said that environmental sectors account for half of the rural development spending with 44% on ecosystem preservation and 8% on climate change. In this regard half is spent on agri-environment measures half on payments in areas subject to natural constraints (ANC) that indirectly have an effect on the environment. There is a huge difference in Member States not only with regards to willingness but also what the needs are and where actions need to be taken. It was informed that some Member States rather enforce mandatory legislation while others rely more on agri-environment measures. There is also a difference in budget allocation. It was underlined that it is difficult to make an overall judgement as it must also be examined what is happening on the ground. The number of contracts for agri-environment measures also varies depending on the Member State. Currently, 17.8% of agricultural land is under management contracts supporting biodiversity and landscapes. With regards to water management 15% of land is under contract and 14.5% for soil management. It was pointed out that there are synergies between the actions with hectares benefiting from many measures at the same time. It was said that the current monitoring system underestimates this coverage and must therefore be improved. It was concluded by stressing that agri-environment measures combined with training and advice would be more targeted and effective.

Alice Cerutti, Vice-President, the European Council of Young Farmers (CEJA) called for the new CAP to be young farmer approved as they are essential players in farming more sustainably. Young farmers do not just play a role in farming but are also a main actor in global challenges such as climate change, as it was said that they are often the first victims. It was said that farmers are part of the problem but also part of the solutions. It was stressed that they are eager to farm in a more sustainable way meaning naturalising farms, planting more trees, and leaving fellow for biodiversity. However in order to do so the right tools are needed. It was understood that the monitoring is not always easy but if the goals are set together this could be a solution. One challenge raised is the differing situations in Member States with the measures having to be targeted, but it was stressed that the guidelines must be the same. It was said that having measures as mandatory in one Member State compared to others creates an imbalance of competition of EU farms. The importance of farmers being able to communicate with consumers was raised underlining that they often lack the tools needed to do so. Further, the importance of best practices was stressed highlighting precision farming and the need to invest. It was however pointed out that in order to do so a return on investment is pivotal. It was called upon the EU to provide a platform for best practices also ensuring knowledge transfer and further investments in research. It was concluded by highlighting that the agri-environment measures should be considered as a win-win situation for the environment as well as farmers.

Philipp-Andreas Schmidt, Digital Farming, Bayer Agricultural Policy & Stakeholder Affairs Department highlighted the valuable role that digitalisation can play in agriculture underlining the opportunities and practical tools it provides to combine productivity with sustainability. Digitalisation changes how farmers can make decisions in real time. Precision farming was emphasised as one opportunity to drive competitiveness while conserving the use of natural resources. It was said that digitalisation and precision farming can help power farmers’ instinct, knowledge, and experience that is gained to help them make more informed and action-oriented decisions. Practically, it was mentioned that for example by modelling for diseases the farmer would know when and where to apply a fungicide. It was said that it is important to understand at a granular level what the variability entails and how farmers can use seeds, water, soil, crop protection product etc. in a more nuanced and efficient way. Recently a public-private partnership was launched called Internet of Food & Farm 2020 project (IoF2020), which looks at potato cultivation and aims to demonstrate and understand how technologies that exist on the market can be used to gather data for sensors, satellites, and soil sampling in order to gain yields and map out zones for management. It was stressed that digitalisation and precision agriculture must support the work of the farmer also calling upon the EU through the CAP to support those farmers that have already adopted precision farming and encourage those that have not. One manner to do so would be through the second pillar of the CAP as well as through greening measures. Further, it was said that the CAP should include digital skills training. Beyond the CAP, digitalisation faces other challenges, which could be promoted through other measures such as broadband. It was concluded by stressing that digitalisation offers particularly for small and medium farmers the potential to optimise production and reap the benefits of sustainable development.

Mr. Jabier Ruiz, Senior Policy Officer on Agriculture and Sustainable Food Systems, WWF referred to the agri-environment-climate measures as the jewel of the CAP. Firstly, it was underlined that it is a tool that supports the most innovative and advanced schemes for nature-friendly farming or environmental management in farms. Secondly, it is a compulsory measure in RDPs, absorbing over 20% of budget. Thirdly, the schemes are adaptable to needs and context but do need better justification and reporting. Overall it was stressed that they are being implemented in many different shapes across Europe with various results. It is essential to reflect on the implementation and assess how improvements can be made. It was informed that WWF conducted an analysis in Spain on how agri-environment-climate measures are being used to support high nature value farming (HNF), which is a type of farming that aims to preserve a high amount of biodiversity in rural areas. HNF is mentioned as a priority in the RDP as well as in the national framework of Spain, however it is absent from many regional RDPs. It was reiterated that it is a challenge to compare what has been decided upon at EU level and what is actually happening on the ground. In this case the results show that less than 50% of the agri-environment-climate measures budget supports measures with potential benefits on HNV farming. Further, if the measures were fully developed the coverage would only provide 1/3 of the high nature value areas, meaning that large parts still remain outside. With regards to improvements the need to also consult and include environment authorities in the process as well as the final decisions was raised. The budget is also often insufficient to cover larger areas or higher levels of ambition stressing the importance of targeted activities. It was reiterated that agri-environment measures go along with other land management measures suggesting to further develop thematic sub-programmes and contracts. Further, the current framework does not reflect the value of the public goods produced. Additional support is also needed for Natura 2000 as well as to include climate-related measures in an integrative manner. The need to further develop results-based schemes was also emphasised.

The discussion with the audience further reiterated the impact of agriculture with regards to climate change and how the sector can help to mitigate. It was highlighted that EU farmers do not question the objectives of the agri-environment-climate measures but the administrative burden and complexity they entail. The need to make these measures easy and efficient for farmers will make them more accepted, which is a challenge that needs to be set out in the next CAP. It was emphasised that there are indeed some good approaches that have also increased the commitment and ownership of farmers. It was pointed out that the current system of financial rules does add to the complexity also stressing the need to improve the success of the reporting system. It was also pointed out that assessments are needed to ensure that the spending is being used where it is most appropriate. It was mentioned that some of the complex rules are coming across negatively in Europe, particularly with regards to the first pillar of the CAP where a lot of money is being spent with the greening not delivering the necessary results. It was therefore suggested as the agri-environment measures are not seen as a controversial issue that more money is moved from the first to the second pillar. In reaction to this it was mentioned that this would be risky for farmers as it is not simple to receive the payments for the agri-environment measures found in the second pillar and therefore still depend on the first pillar. The importance of ensuring thriving European rural areas was also stressed. The discussion further raised the need to invest in training, knowledge transfer, and optimisation of digital technologies.

Michel Dantin MEP and Chair of the “Agriculture & Water Management” working group of the EP Intergroup on “Climate Change, Biodiversity, and Sustainable Development” emphasised that there is no disagreement on the core of the policy but rather a un-satisfaction on the end results. The need to work bottom-up and bottom-down was raised in order to ensure the objectives meet the actions on the ground. It was reflected upon how we can better ensure that the objectives have been met also highlighting the need to make the agri-environment-climate measures more efficient in order to provide actual results while avoiding further administrative burden.